Some Things Are Best Left Ungoogled

Carlos googles his beau and makes an unsettling discovery. Not that he really ought to have expected anything else. This is Night Vale, after all.

So remember the bit where Cecil said ‘we are all scientists at some point in our lives’? I kind of took that and ran with it.

It appeared that the secret police were having an off day.  Or perhaps it was simply “Allow Night Vale to Access Google Thursday.”  Carlos had difficulty determining between accidents and planned events in Night Vale (he privately believed that a few of these ‘events’ were really just accidents people made up excuses for after the fact).  Whatever the case, it meant that he could use a search engine for the first time since he’d arrived in the town.  He felt he should use it to his scientific advantage.

(Well, we can’t be perfect scientists all the time.)

After scrolling past a few improperly labeled blog entries about actors, Carlos stopped on ‘8 Crazy Disappearances No One Can Explain.’

The link took him straight to fourth entry on the list, where Cecil Baldwin was highlighted.

All we know about this doomed group of scientists comes from two sources, the first of which is a grant proposal filed at the University of Arizona for “research into a possibly previously unknown pre-western society” based on an earlier finding of a “historically interesting” pottery shard.  That shard appears in an archive catalogue, but has never been found in any of the university storage locations.  All we have is the grant proposal’s description of the artifact as “iridescent and covered in eyes.”  This all sounds pretty sketchy, and we’d be tempted to believe that is was just a joke or an attempt to scam a grant out of the school if it wasn’t for the second source - Cecil Baldwin’s cassettes. 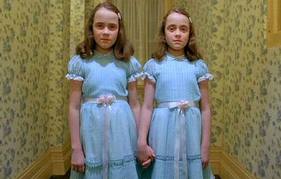 [a visual representation of how creepy this is about to get]

Cecil Baldwin was a grad student working for the ill-fated research group looking into that pottery shard.  We have three cassette tapes of his notes. 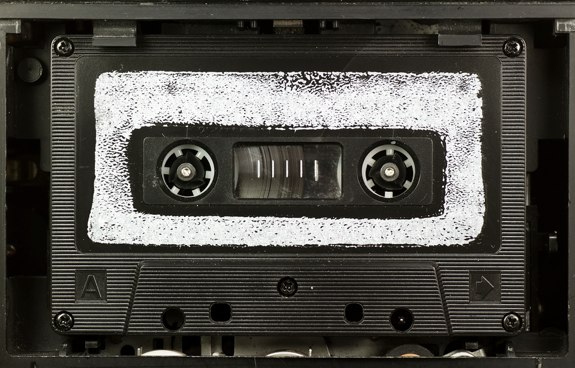 [why cassettes?  did someone ban pen and paper?]

The first is relatively cheery - he talks about how excited he is to be working with all these great people (listening to the tape there were at least seven other people with him), looking for where to dig, and how great archeology is.  The second and third seem to come some time after and are significantly less feel good.  He talks about strange illnesses, terrifying visions, and the fact that the lead archaeologist - Dr. Steve Carlsburg - won’t allow any of them to leave. 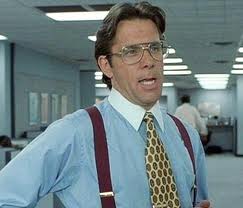 [and you thought your boss was a jerk]

We still have no idea what happened to the scientists, and there was no sign of human remains - or even temporary human habitation - by where the cassettes were found.  So it’s pretty safe to say the freaky eye pottery people got them.

Carlos read on to the third disappearance in the hopes that it would be an obvious hoax and make him feel better.  It did not.  Next on the list was the story of a weird Russian who - in the 1800s - wrote a book where he claimed to be a Native American.  He went missing off of a crowded train while on the way to ‘unearth a secret of his people.’

He exited the window.  Could he be purgatory without even knowing it?  Was it possible that he was in a purgatory for scientists who are not particularly good at their jobs?  (In which case he was both slightly terrified and a little miffed.)

Carlos dug his phone out of his lab coat pocket and checked outgoing calls.

Ok that solves it.  Dead scientists do not spend forty-seven minutes on the phone with their grandmothers.  Or maybe they do?  Calling her to ask would just worry her and probably be an enormous dick move on Carlos’ part.

“Hello ~Carlos~.  What’s up?  Do you have any dire warnings for me to give on the show tonight?  I don’t seem to have many lined up for tonights broadcast.  Not that I need any excuse to hear your dulcet tones.”

“Oh.  Uh, no.  Nothing seems to be more dangerous than usual.  I was just, uh wondering if, uhm, there was a reason you didn’t like Steve Carlsburg?”

There was an awkward beat.“Just, uh, in case he comes into the lab or something so I’m prepared.

Carlos winced at the clumsy save.

“Oh!  Well, I’d be surprised if he actually tried to cause any trouble with your lab, Carlos.  I just grew up with him here in Night Vale and he’s always been such a jerk.  Some people just are I suppose.  Has he been bothering you?”“Noooo, just... trying to be prepared.  For danger?” Carlos wondered, not for the first time, if there was some sort of class everyone else took that thought them how not to sound like socially maladjusted cave-people when talking on the phone.

“Good idea!  You can never be too careful.  I do love to hear your liquid caramel voice, my dear Carlos, but I need to drive to the station now and City Council has recently banned talking on cellphones while in any way ambulatory.  I’ll see you after the show for coffee though, right?”“Of course!  Have fun.”  Carlos just barely kept back an ‘I love you’ that attempted to leap onto the end of his conversation.  Thank God he did, he had been awkward enough today.

On the bright side, the mystery was apparently solved.  The article was just a weird coincidence.  Baldwin and Carlsburg are pretty common last names after all, and the Apache Tracker was not the first delusional white guy pretending to be a Native American.  Carlos resolved to put it out of his mind and focus back on the clock problem until his date with Cecil.

Steve Carlsburg turned the shard over and over in his hands, running his fingers along its jagged edges as he listened to the voice of Night Vale.When he let his mind wander like this - his hands occupied by the shard and his ears by Cecil’s voice - he almost felt like another person.

Oooweeeooooweeeoooh. Maybe one day I will blow everyone’s minds and actually write a chaptered story. And yes, that was a fake Cracked article I inserted into my Night Vale fic.