Many millenniums ago, there always has always been a war, Between the humans and the Creatures of Grimm. but ever since a time long lost forgotten into time, there has always been yet, Another war. a war between the world of Remnant, and the other the Underworld. MUNDUS, the Prince of Darkness and all of the Demon world, had risen to the world of remnant, into War with the Twin gods. the twin gods fought back, with the power of Light, and Grimm. but to no avail, only for the gods, to face defeat against the Prince of Darkness. But when All hope seemed lost and gone, and when the Twin gods themselves thought that the end was Nigh, somebody from the Underworld woke up to justice, and stood up against the King of the underworld, coming to Aid for the Twin gods at the time of need. His name was Sparda. with the unmatched power of sparda, and the wisdom and Power of the Brothers, the prince of Darkness, Mundus, was finally banished to the underworld, Away from the land of remnant. but...not for long. with the Brothers banished from Remnant because of unknown reasons, and ever since the passing of the dark night Sparda, their legend was forgotten and Lost into time, never to be remembered by common men. Until now...

This is a story that I originally started on wattpad. Check out my account on wattpad too by finding this story there.

The Redgrave sisters are on their way to Beacon!!
....Yeah that's about it.
Also Warning, this chapter contains Exposition dumps, Vomiting, and PUNS.
I have No regrets for the pun part.

"OH I can't believe my baby sister is going to beacon with me!" boasted a Blonde Girl as she hugs a girl in red hair, which was a Bear hug of sorts "This is the best day EVER!"

"But We're so Proud of you!!!" says the Blonde girl as she lets go of the girl in red

"Sis, it was nothing." said the girl in red.

"What do you mean?! it was AMAZING Ruby!!! you were not just in a robbery but in the middle of a GANG WAR!!! everyone in Beacon is going to think you the 'Bees Knees'!" says the blonde girl

"I don't WANT to be the bee's knees yang, okay? I don't want to be ANY kind of knees! I just want to be a normal girl with normal knees!" says the girl in red, now named ruby rose, at her older sister yang. ever since they got on the bullhead that was headed to Beacon, Yang kept on bothering ruby because of....well, as she just said, stopping a robbery And trying to and ALMOST managing to stop a Gang war between the rubbers and some gangsters.

"What's with you? aren't you excited?" asks yang
"You need to at least try to act like it ruby! I mean yeah, Dad was impressed that you did something like that, and sure mom was Preeeetty mad at you, and she scolded you again, and she made you promise not to do something like that again. sure but, in the end, We All are proud of you!" says Yang as she looked at the Third Sister of the trio, the oldest among the three and yangs older twin sister
"Right Akame? You are proud too right?"

"...ruby. what you did was reckless, stupid, and dangerous." finally spoke up the oldest sister, a girl with long hair, red eyes, and a serious expression. "...but, Even so, I and mom Are still proud that you managed to make it out in one piece."

"Eh hehe...yeah... mother raven was angry. even though she isn't...well MY mother." says ruby

"Ruby. I know, ever since dad and Mother...Divorced, they rarely talk. but in the end, Raven Still comes by to at least have a catch-up or teach us Life lessons as usual." says Akame as she puts her hand on her second youngest sister shoulder
"but that doesn't mean she doesn't care about you. if she was so mad at you and dad for being caught in a robbery that soon became a gang war means that she still cares about your safety. I am sure any parent would."

"she's right ruby. you and Us may be half-sisters, but you are still our special little rose petal through and through. Okay?" says yang as she holds her younger sister close by the shoulders

but soon, the sisters hear an announcer in the news
"the robbery was let by a nefarious criminal, Roman torchwick, who continues to evade authorities. if you have any information of his whereabouts, please contact the vale police department. back to you Lisa." soon the news focus on the whitefang
among the people, Akame noticed two people that were staring at Roman torchwicks face, as if they already know him one was a girl with a hair color that was almost similar to a icecream flavor, and a boy with a punk like hair do, shades and a red jacket

"Jeez. that morons still at it? take retirement already you old Fart." says the boy as he walks away with his hands in his pockets, while the girl stares into the monitor, until the boy calls out to him
"Neo! Quit spacing out and come already!"
and the elder sister could only see the two walk away


"so, that was the guy you ran into in the whole chaos?" asks Yang

"Yeah that's him. but the Loansharks that entered the dust shop were a lot more scary than him if you ask me." answers ruby

"You mean the Gang that entered the dust shop?" asks Akame

"Yeah. especially those 2 guys that were leading them. the first one was a guy with an eye patch and was carrying a baseball bat at first but then drew out a Knife after a while, and the other was just BIG. like, REAAAALY BIG. he just threw some of torchwicks goons into a car, and the car was Smashed! those two were really tough." answers ruby

"They didn't hurt you did they?" asks Yang worried about her sister now after what she said

"No no. I didn't get hurt. my Aura Saved my butt a few times here and there. they guy with the eye patch was really fast. well not as fast as me but he would jump all over the place! his moves were really unpredictable. but the bigger guy almost tossed a Bike at me like it was nothing! now that I think about it I almost didn't make it out of there." Says ruby, being reminded of how strong the two were.

"But you still managed to hold your own against them!" says yang cheering her little sister up
"guess it just goes to show that all the training we're giving you is finally paying off!"

"You're not getting bumblebee back for 2 months Yang." says Akame in a serious tone.

"What?! Aww C'MON sis! don't do this to me please!!!" begs Yang, wanting her bike, bumblebee back so desperately

"You destroyed that nightclub yang. you caused so much damage, you almost hurt a lot of people, and you tried to hide it from me. as punishment, you are NOT allowed near Bumblebee For 2 more months." Talks Akame, as she takes the role of the oldest sister among the other two as she takes a big sister-like tone, making yang to understand that she was deadly serious about this.

"But they started it!" Says yang, trying to defend her self

"That is not what I heard." Says Akame, but soon, all of the girls stopped as they saw the hologram of a woman in a formal dress and glasses appear

"Hello, and welcome to beacon"

"My names is glynda goodwitch"

"you are among a privileged few who have received the honor of being selected to attend this prestigious academy. our world is experiencing an incredible time of peace, and as future huntsmen and huntresses, it is Your duty to uphold it. you have demonstrated the courage needed for such a task, and now, it is OUR turn to provide you with the knowledge and the training to protect our world."  after Glynda Goodwitch finished her speech her Hologram disappeared and soon, a lot of students look with surprise at the Scenery before them.

"Wow." gasps ruby as she leans forward to watch the scene
"Look! you can see signal from up here."

"...both of you. look over there." says Akame as she was pointing at a certain part of the city

"Where?" asks yang as she comes close, and the two younger sisters gasp as they saw where their older sister was pointing at.

"Wow! no way!" says yang in both shock and happiness

"That's our home! the Shop!" says ruby as the girls look at a certain shop somewhere in patch 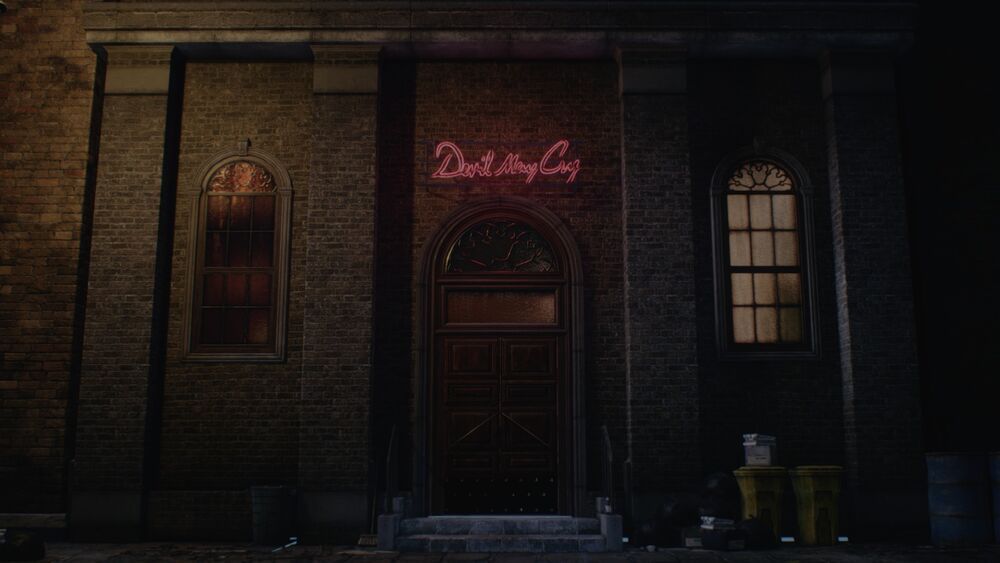 all three of the sisters watch as their home, the tiny old dusty odd jobs office their father runs become distant from them little by little

"Guess home isn't too far after all." says Ruby, looking at their childhood house to the bitter end.

"But let's never forget where we Originally came from." says Akame, as the other two nodded

but soon, the sisters noticed a blonde boy start to look sick as he runs pass the three and looking like he is about to vomit

"Well, guess the view isn't for everyone." yang states the obvious

"Well it was a nice moment while it lasted, we got so see the shop one last time before leaving." says Ruby.

"Well, let's be prepared for what comes next from here on out." says Akame

and as the airship was headed toward Beacon, only the chatter of the sisters could be heard

ruby "Uh I just hope their better than 'vomit boy'."

Ruby "Akame Gross you have Puke on your skirt!"

Yang "Akame wait wait WAIT your gonna get it close to me!! no No_AAH IT'S ON ME NOW!!! these are my GOOD PANTS for Oums sake!!"


...hell of a way to start off your adventure.  almost a total Throw Up!