Chiyozuka trades the bloodied knuckles of his fists for a baseball bat.

It feels like taking half a step into the sun.

Not me dropping a fic for a fandom that maybe 5 people know about hahaha! But this character-focused thing just wouldn't leave me alone, so I'm just here giving in to the urge to (finally) write it.

Anyway, I hope you enjoy this fic if you do read it hahaha! 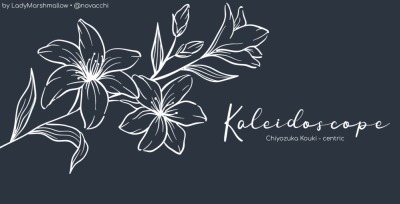 There hasn't been a moment in his entire existence when he's not fighting, knuckles sore and throbbing from the satisfaction of taking down those annoying bastards who think they can stand in his way. He thinks there might have been quiet days — briefly, he recalls a fading memory of a large wrinkly grin and hands that are old and frail yet strong in their warmth — but those moments are long gone, his grandmother taking them with her when she left for a place he cannot follow. Now, all Chiyozuka has is a skin that is constantly mapped by patches of black and blue and purple and a mouth that has long been familiar with how blood tastes between the teeth.

All this time, Chiyozuka has been walking a trail forged by violence and unforgiving fists, and although he sometimes wonders what it's like to trudge on a path that is not shrouded with darkness, he knows he's not smart enough, not confident enough to navigate such unfamiliar route. So he continues forward, dodging kicks and throwing punches with ten times the strength and double the fury.

People label him a ruffian, all brawn and no brains, a delinquent who will most likely never go far in life, and Chiyozuka has made peace with that, has accepted that it will be his truth for as long as he lives. But fate is a fickle thing, and suddenly he's thrown a curveball to the face in the form of Hibino Ruito and his gang of baseball idiots.

The Jōsei baseball club is what they call themselves, and it's a circle filled with a bunch of colorful fools, each member enthusiastic in all the ways that are annoying. They're exactly the type of people Chiyozuka hates, but something about them pulls him in.

He doesn't know it yet, but they are his catalysts.

They hand him a baseball bat, and Chiyozuka, driven by instinct and the lack of knowledge on what else to do, swings it like a madman, trying to hit a ball that's too fast for his eyes to catch.

The sound of his bat hitting the ball for the first time is loud, and Chiyozuka's heart stutters to a near stop, feeling as if his mind is taken over by a thick mist. Yet despite the haze clouding his senses, Chiyozuka can still feel Nishiki's eyes on him, and a sense of dread pools inside his gut at the thought of going against him and disappointing the one person he's looked up to, but it's a distant thing, almost like a whispered afterthought next to the liberating freedom threatening to consume him whole as he watches the sphere of white and red soar through the air like a bird of prey on its first-ever flight.

Finally, the ball hits the fence a good couple of yards away, and Chiyozuka's life restarts from zero.

Suddenly, there is a different ache beneath his skin, his limbs throbbing from the pain of running several laps around town instead of from facing off thugs and gangs. Almost like magic, his blood-smeared knuckles are no longer, replaced by rough calluses that he's proud to show off to anyone. Distantly, he wonders if his grandmother would have been proud of him, too. He thinks she would be; he is changing after all. And although he still fumbles and stumbles at times, although he's still uncertain about a lot of things, he is sure that he's going uphill.

It's a pleasant feeling, but Chiyozuka can't deny that he can still feel it sometimes, like jagged pieces of glass lodged between the cavities of his chest.

The guilt, that is.

It's not easy to forget his beginning, knows he's got a rough start with his unique and precious baseball idiots, knows he's almost ruined what is now the best thing that has ever happened to him in so long, but they never let him wallow in his unpleasant feelings for too long, always distracting him with the sport he's grown to adore in such a short period of time. Chiyozuka thinks they are wonderful for that alone, still a little annoying but far more amazing than anyone has given them credit for.

He also thinks that he might love them — Hibino with his never-ending enthusiasm and unfaltering determination, Kinose who's calm and firm yet gentle and kind, the spitfire that is Mizushima who is tiny in stature but with a personality worthy of a firecracker, there's Meino and Amakawa whom he's only getting to know — and their easy acceptance makes something in his heart flutter like something pleasant; it makes Chiyozuka want to try.

To do his absolute best.

He hates losing, but he thinks he hates disappointing his new teammates more.

So Chiyozuka pours his blood and tears and sweat in training and in every game he's allowed to participate in. He doesn't think he's ever worked this hard in his life. It's honestly a little embarrassing, but it's not much of a price to pay compared to the place of belonging he's been given.

Chiyozuka will do everything for them.

He swears it on his life.

Chiyozuka has never made a promise before, but the one he's made is also one that he intends to keep. It's the only thing in his mind as he stands on a diamond made of soil and grass, facing off against an elite that he knows is way beyond his league.

The guy on the mound is tall and lanky, nothing like Nishiki or even Kinose. Instead, he is long-limbed and looking as if he'll fall over if the wind so much as blows his way, but the way he throws the ball is not something to laugh at. He's learned this when the umpire calls strike on his first and second swing, a ball on the third, and before he knows it, there's no longer room left for a single mistake.

It's daunting, almost as if he's standing on the edge of a very steep cliff, but Chiyozuka is not deterred as he takes his stance, eyes laser-focused.

Finally, the ball speeds his way. It's a breaking ball, one that curves downwards on the most unexpected of times and throws batters off, but Chiyozuka is calm, and he is ready.

He takes a deep breath and swings.

His ears ring, and the sound of metal against leather makes his heart thunder, vibrating like something fierce beneath his ribcage.

It's not a homerun — not yet, but it will be, next time, soon — but it sends Ellis home and scores them a point.

It's not enough. Chiyozuka will not be satisfied until he's done what he wants to do. So he'll keep swinging his bat, as hard and as many times as it takes, and propel his teammates, his friends , to the top of the world and beyond.

Above him, the clouds part to make way for sunlight.

- Chiyozuka gives me so many feelings.

- The entire Irregulars gang makes me feel many things tbh.

- This fic is kinda short oops

- I will write more in the future maybe.

- and if you do read Irregulars (and Dye Blue) please talk to me. I am begging on my knees.

Mouibon and chiyakii as well as 8 guests left kudos on this work!