16 random individuals all from different worlds(with chance of bringing one or in one case 2 from their franchise) wake up at an unknown school, entering into a Mutual Killing Game. Who will live? Who will die

(Uh…...my head…… Well… I Must as well introduce myself…. I don't know why, but I have a feeling that it's best that I do so, despite this being my own thoughts….) 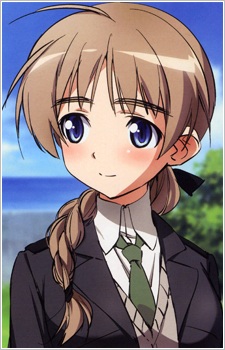 (My name's Lynette Bishop, witch and member of the 501st Joint Fighter Wing. Alongside the others we fight against the Neuroi…. But I have a rough feeling that you, whoever you may be may know this….. Anyhow...this mission started like any other, however there were 3 sent out… Myself, my close friend Yoshika, and Perrine…. I don't really get why the 3 of us went alone, but I assume it was someone's doing.)

Yoshika: "Lynne? Are you alright?"

(That's Yoshika Miyafuji, one of my allies in the 501st Joint Fighter Wing, her father created the units we use) 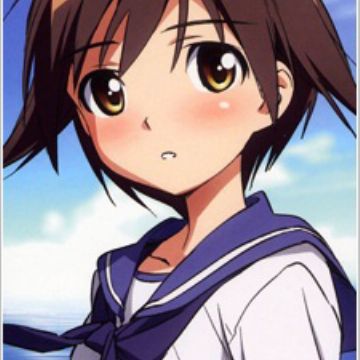 Perrine: "Oh please.... There's nothing much to it, we have to deal with some Neuroi and get back"

(And That's Perrine Clostermann, I don't really know what she has against me, but whatever it is, she is definitely on a high horse) 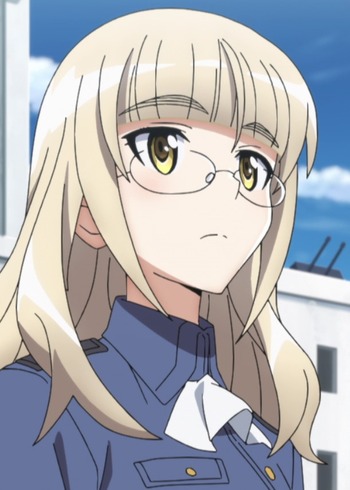 The trio soon approached the source of disturbance... But before even noticing anything Perrine vanished, then Yoshika went missing,

Lynette soon found herself dragged in

Lynette woke up at a table, surrounded by others

(Great... now they are all looking at me)

(At least they are here)

Then the a short brown haired girl walked forward, dragging a larger male with her

Rimururu:"I'm Rimururu, I hope to get along with you, and this guy with me is Haohmaru." 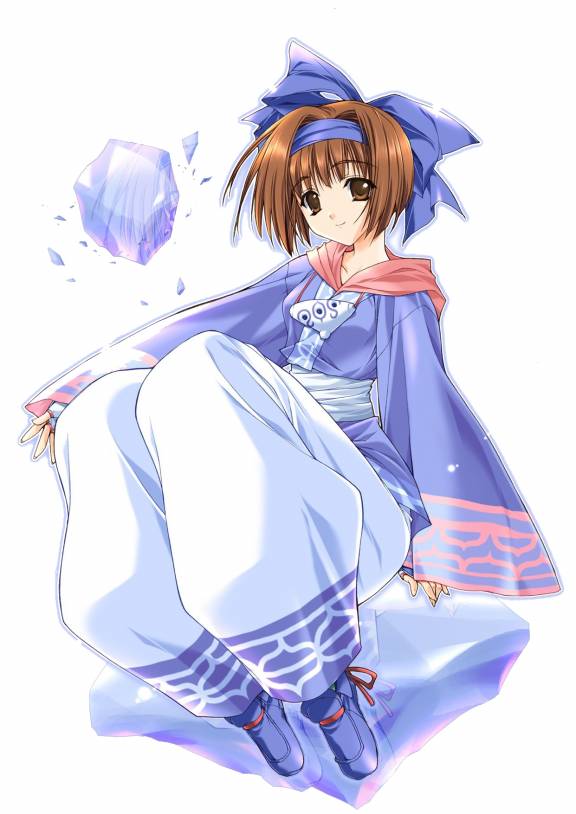 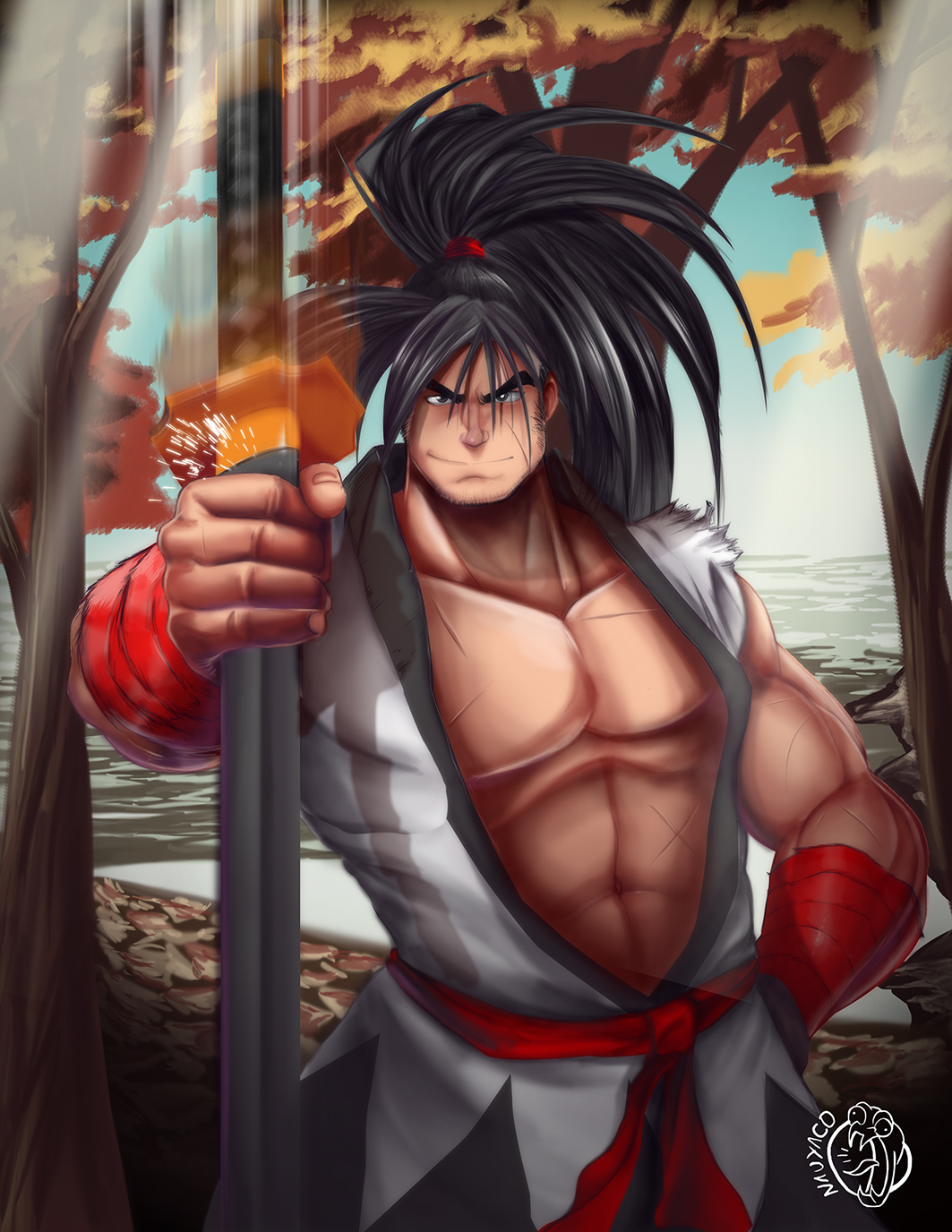 (Probably Fusoans, most seem to have came from Fuso)

Kouji:"I'm Kouji Kabuto and with me is Sayaka Yumi, my girlfriend." 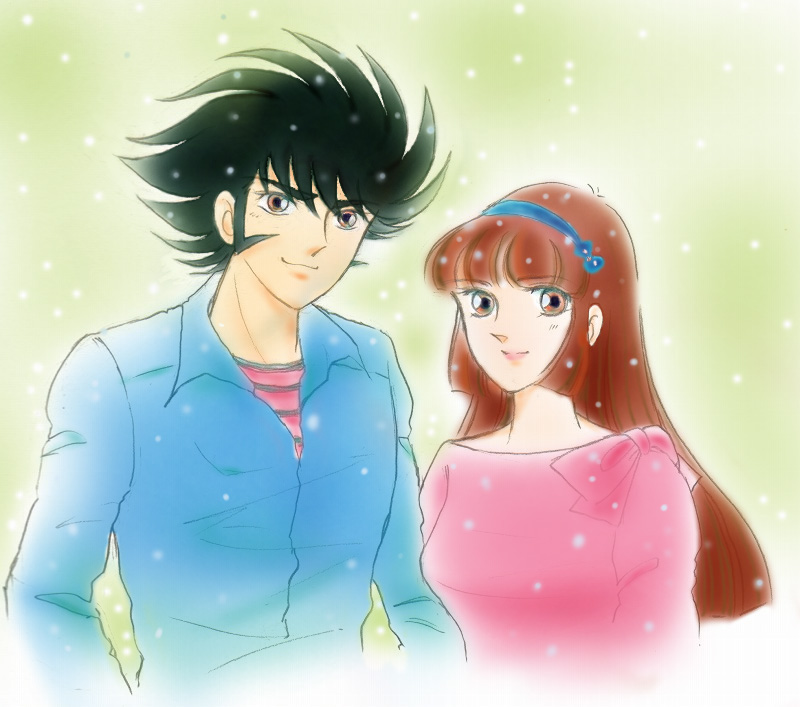 Kamille:"I'm Kamille Bidan, and before you even say it, it's a TRULY MANLY NAME!!!" 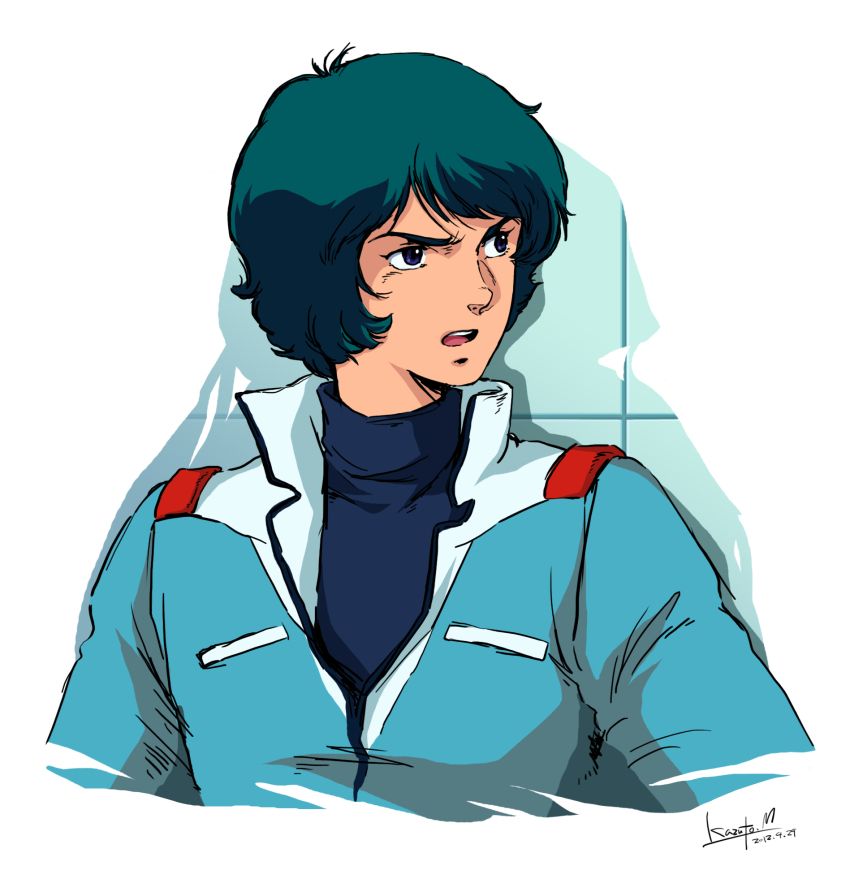 (Remind me to never state anything about his name)

Heero:"Heero Yuy, and if you try anything, I'll kill you." 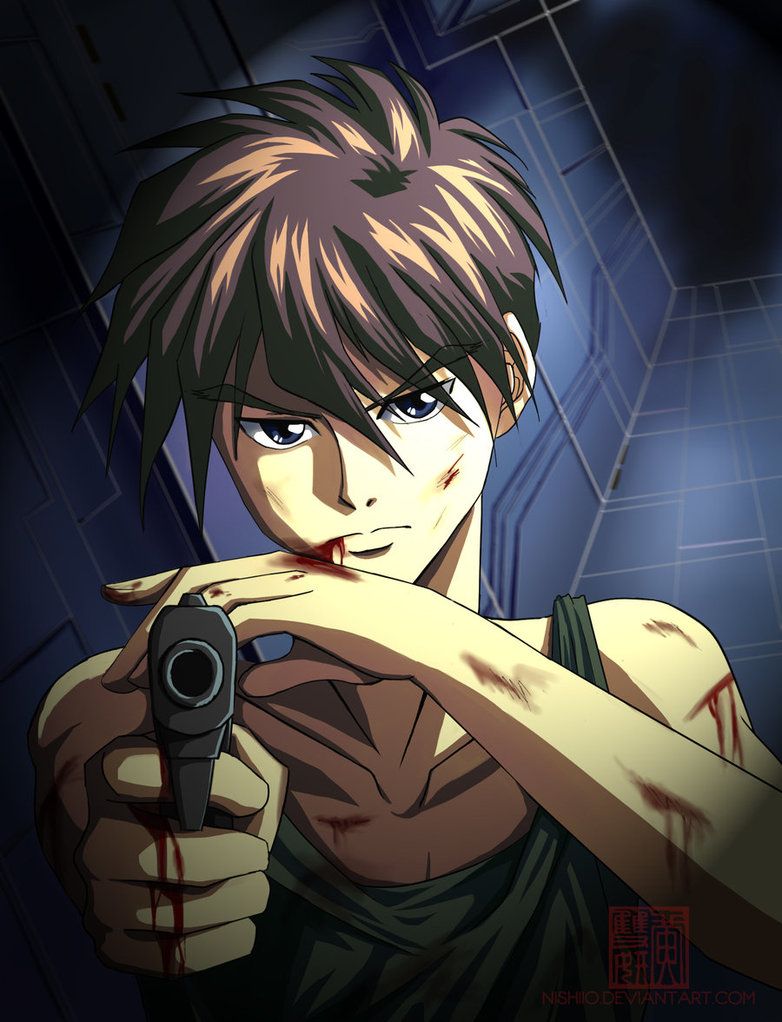 One of the black-haired boys is starring off into space. A girl near him looks over to Lynette.

Ayumi:"Don't Mind him, also my name is Ayumi Tachibana, and he's Taro Ninten. I'm his partner at the Utsugi detective agency." 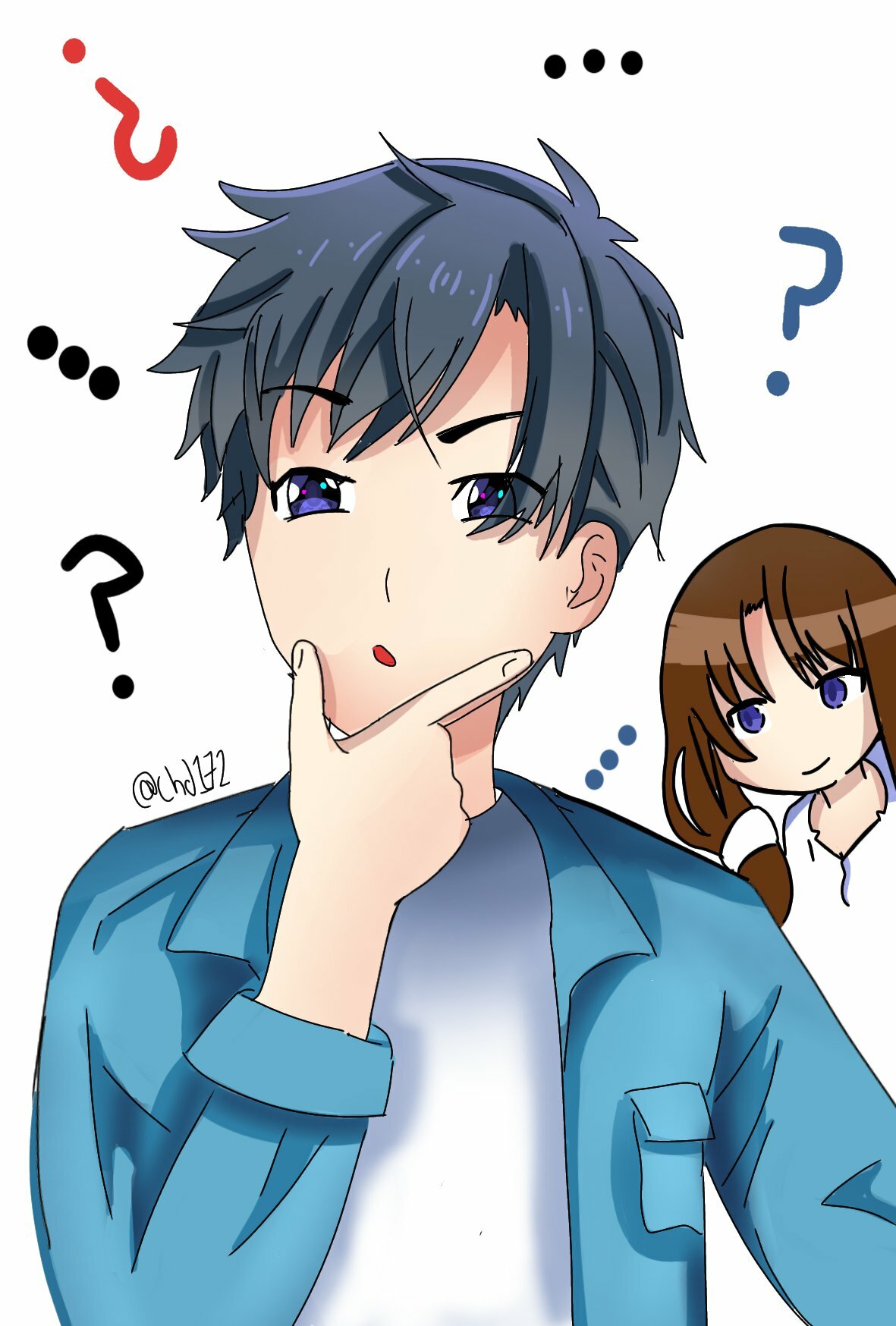 Ash:"I'm Ash Ketchum, eventual Pokemon master, and this is Dawn, she's my companion." 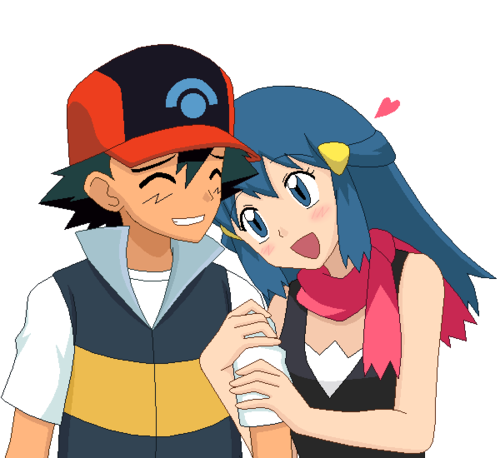 "And that leaves you two."

(Please tell me they aren't as weird as the others.) Before anything else could happen a message came through

"NOW THAT YOU'VE INTRODUCED, CAN YOU PLEASE REPORT TO THE GYM!"

And that's where I'm going to end it for now... the plan forward is that each BDA and execution will be marked post BDA or Execution

(What was that voice? And why does it want us to report to the gym? Where even is that?)

???:"DO I HAVE TO REPEAT MYSELF HERE!!! I SAID REPORT TO THE GYM TO COMPLETE YOUR ORIENTATION!!! "

(Again? I'm positive we heard you the first time.)

At this Ayumi went over to the door, noticing something

Ayumi:"It seems that he actually unlocked it...."

Ayumi:"Yes, when we woke up the door was locked."

"So we weren't the only ones to wake up mysteriously? That begs the question of what you were doing at that point?"

Ayumi:"I asked that when I woke, but they don't know.... What were you doing?"[one of them was lying, the Mastermind IS AMONGST THEM]

"We went out to.... Now I think about it all missions are merging into one."

Perrine:"I think for the moment we should play along...."

(I can't believe it, the one who rarely gets along with me is saying something that actually makes sense and is logical)

After this the group begin to go to the gym, finding it empty.

Before their eyes what seemed to be a plush bear appeared

"I can't say that in all my combat I saw something like what is infront of me coming...."

Perrine:"Now you know who we are, who are you?"

At this the bear glared at Perrine with extended claws raised

Monokuma:"WHY A KILLING GAME OF COURSE!!!"

(A killing Game? What does that mean)

Monokuma:"YOU HEARD A RIGHT!!! BUT I'LL EXPLAIN LATER!!! BUT NOW THE SEAL IS GONE!!! IT IS TIME FOR THE KILLING GAME!!!"

(And with those words Monokuma left us.... leaving hundreds of questions.....)

(A while has passed since Monokuma's announcement about a killing game, but we've mostly been silent, Ayumi has found the rooms and these 'Monopads' that are to go out to all of us, which include the rules)

At this point Perrine came into the room

"Ah Perrine... I wonder what you are doing here?"

Perrine:"Are you speaking like that to me? Anyway Yoshika had forced me to come here to try and fix our rocky relationship, which I find absurd."

"We're not fighting Neuroi here, we're trying to survive a situation none of us have got into before."

Perrine:"That may be true. But I still find that notion absurd."

The two, hungry began walking to get some food

Ayumi:"Ah So that means all of us are here. Have any of you noticed anything?"

Rimururu:"It appears that whoever locked us here has really hidden their tracks well, they boarded up all windows and the doors with metal, I think Koji called them shutters or something."

(what do you mean by that Nagito)

Nagito:"The guy with the girly name is the one who...."

Kamile:"WHAT DID I SAY ABOUT MY NAME!?

Nagito:"Not apologising for your parent's mistake."

(Is he trying to push his luck)

At this Rimururu and Lynette try to intervene, yet Lynette gets knocked out

When she wakes up, two days have passed

"Has anyone done it yet?"

Ayumi:"No. But I have a feeling it won't be like that for long.."

Monokuma:"NOW MAY I HAVE YOUR ATTENTION! I REQUIRE YOU AT THE GYM FOR A SUPER SPECIAL ANNOUNCEMENT!!!"

(And so we went to the gym, waiting for what Monokuma was wanting for us)

Monokuma: "YOU TOOK YOUR TIME!!! NOW AS NOBODY HAS DIED YET!! I THINK AN INCENTIVE TO KILL SHOULD BE MADE. IF NOBODY DIES WITHIN 24 HOURS, I WILL KILL ALL OF YOU!!!"

(This is a cruel joke.... It has to be, and based on everyone else's expression, they must agree, but I also see the wheels turning in people's heads, I'd best try not to make myself too big of a target.)

2 chapters of Daily Life, end of chapter 1 is motive, end of chapter 2 is BDA, 2 chapters of Deadly Life, end of that is the characters going down to start the class trial, and 5 chapters of trial, with the execution as it's own chapter, Chapter x End, except for chapter 4 and 6(you'll see why when I get around to chapter 4, and chapter 6 is basically all investigation and then showdown with MM, whoever they may be) Also I may not have stated it, but Ayumi's MC support(like Kyoko, Chiaki or Kaito)

Lynette tries to get some rest, but as the peace has held, there is an obvious breach of the peace coming

"I do wonder... Why weren't you too familiar with the area?"

Rimururu:"I don't know if I can state why.."

(Why is that? Unless she's distant past?)

The two would go around, meeting up with Ayumi

The group arrived. And before long a lack of two individuals were noticed.

(What? Please don't tell me)

"Ayumi, Yoshika, let's find her. It isn't like her to go missing, it's more of Erica's thing."

"One of the people from where we came from. Come on! Let's go!"

The trio ran up to Perrine's room, finding the door unlocked

(And so I came up to the room, opening the door I saw something I never expected)

Monokuma: "A BODY HAS BEEN DISCOVERED!!!"

Perrine Clostermann, a comrade of Lynette and Yoshika...lies dead, and the question is, who took her life? The investigation commences

Monokuma: "A BODY HAS BEEN DISCOVERED!!! AFTER A PERIOD OF TIME WHICH YOU CAN USE ANY WAY YOU LIKE THE CLASS TRIAL WILL BEGIN!!!!"

And with that, Monokuma yet again vanished, a notification came up on the groups Monopads

The victim is Perrine Clostermann

the time of death is unknown

There is several wounds around Perrine's body, as well as signs of a broken neck

[Monokuma File has been added to truth bullets]

(I see.... Seems Monokuma has got these forms of autopsy.... This is concerning)

After this, the investigation to find out evidence to the identity of Perrine's killer begun, Lynette begun checking around Perrine's body

Ayumi:"It seems he's with-holding information from us. It seems that they know when and how Perrine died."

"Yeah.... It feels almost too much with-held information, who was the last one who saw Perrine alive."

Rimururu:"I saw her 2 hours before death, she said that she was going to meet with Someone, when I enquired, she responded with,"

Perrine:"I can't really say, all he said was to meet him at his room."

Ayumi:"As for what I know. I saw Perrine about 1 hour after Rimururu did

Lynette, Yoshika, Ayumi and Rimururu ran off to check on the others to see if they can find another who is trying to investigate the demise of Perinne Clostermann

Calamity95 and DragonGirlRoar as well as 70 guests left kudos on this work!