“So Aunt Midori slipped up and revealed something I’m not sure I was ever supposed to know.”

As promised, I bought this postcard to send out immediately the minute I arrived in Japan. There were a lot of pretty picture postcards in the shop, but I decided on something authentic. 😉

I’m already taking lots of photos and I can’t wait to show them to you.

I hope you’re having a good summer so far and enjoying not having school. 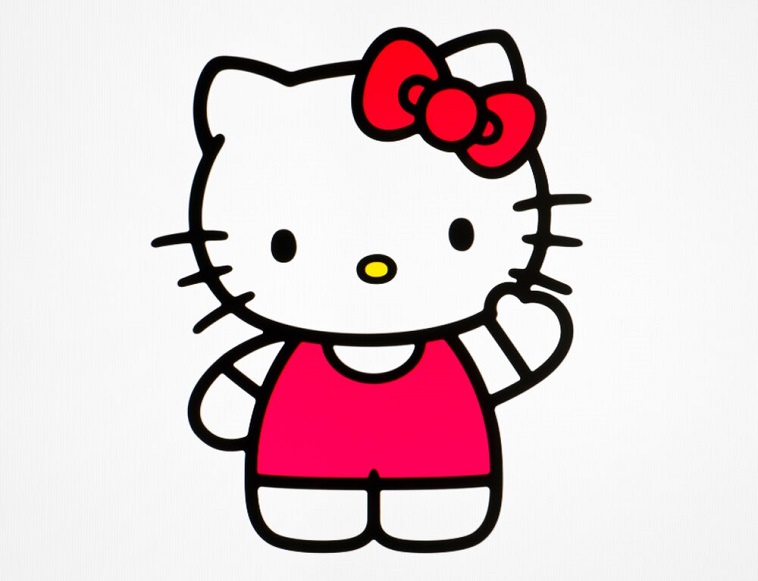 The winding mountain roads on this postcard are the Irohazaka. One road is for going up the mountain, the other is for going down, and there are 48 of these hairpin turns. The turns are named by each letter of the original Japanese alphabet. Just one fascinating tidbit for you among others I'll probably drop all summer.

Tokyo is hot and humid in the summer, so we left the city to come stay at Aunt Midori’s house in the mountains for a few weeks (she rents it out to other people during the year sometimes, but not in summer). We left on Tuesday to avoid traffic, since this is a very popular tourist spot, especially on weekends (and holidays). That's why I'm sending another card in less than a week.

As you can see from the picture, it’s very beautiful here in autumn when the leaves are changing, but summer is a lovely time to visit, too. I hope one day you’ll be able to come to Japan and experience it. 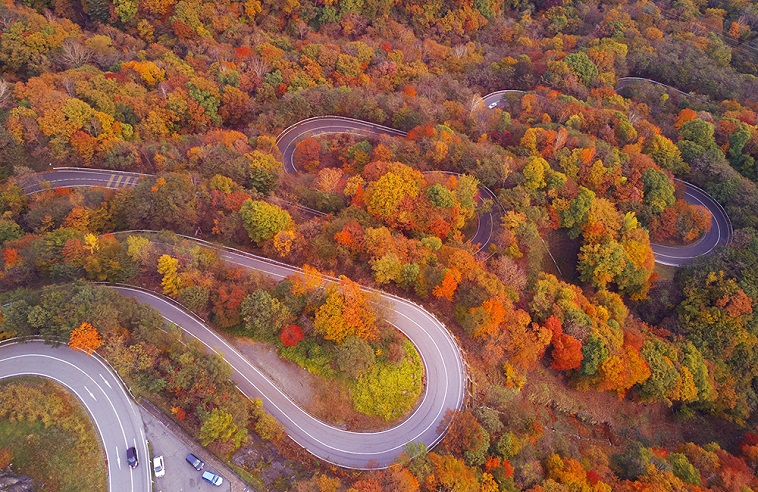 I just got the Hello Kitty postcard. Very cute.

I decided to send you a postcard too, instead of a letter. Here’s the famous Hillwood skyline, and as a treat, I picked the one that has Elk Island in the picture.😉

Japan sounds great. I wish I was there, instead of going on another lame beach excursion with Miriam and Big Bob. But at least Arnold will be there, so that’ll make it bearable. We’ll be at the beach till next Tuesday then back to Hillwood. Then I start the HLR Young Writer's Workshop on the 15th. 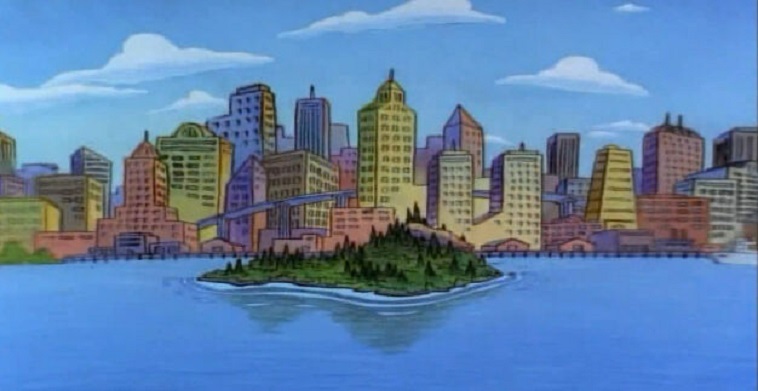 There’s an internet café, so we can email! and I can do some online research for my history project for the fall whenever I’m in town for the day. Tomorrow we’re going to Yumoto Onsen for the hot springs, and we’ll be staying there for a couple of days, so I wanted to email you before we left.

I hope you had fun at the beach last week. How was your first day of the writing workshop?

I love it here in the mountains. We’ve been hiking all over the place, sitting by the lake, visiting the shrines. Wait till you see all the pictures I’ve taken.

We’re staying here until the end of July, then we’re going to Kyoto, where my grandma’s parents came from (from Kyoto and the surrounding area). Then back to Tokyo so I can catch my flight home. It’s going to be hard to leave Japan at the end of the summer. I really like it here. I’ll be back in Hillwood on the 25th of August.

Figures you’d be excited that you can work on a school project while you’re on summer vacation.

This is why I didn’t sign up for AP history.

I thought we were done with these beach excursions after the summer Big Bob got sunburned really bad and Miriam hung out all week with that dance instructor but no, all of a sudden last year he decided to bring them back. But hanging out with Arnold all week was great.

First day of the workshop went very well. It’s a small group (six of us, plus the leader) and everyone seems nice so far.

Thanks for the other postcard. Those roads look like fun to drive.

Have fun at the hot springs. Email when you get back to town.

Do you have time to talk this week? Something came up and I need to talk to a friend.

I’m 17 hours ahead of you, so if I call you in the late morning or early afternoon here, it’ll be evening there. Are you around on Wednesday night? I can call you at around noon or 1 on Thursday, which will be around 7 or 8 PM Wednesday for you. It won’t be a long call. I’ll get a prepaid calling card.

Sure we can talk. What happened?

So, I don’t think I told you about the project I’m doing. I’ve been interviewing Aunt Midori for it and I think she slipped and revealed something I’m not sure I was ever supposed to know. Our assignment is to pick an event in U.S. history and create a video or a comic or something like that and present it to the class in September when school starts. I chose the internment of Japanese people in America during WWII as my topic. My Grandma Aki was interned with her parents and older sister and brothers when she was six or seven, and I’m going to create a manga about their experience. I never asked her about it and now it’s too late for that. But Aunt Midori knows some of the details from talking to her aunt and uncles and she’s been telling me about it. And while she was talking about it, other things came out. She ended up telling me that Grandma worked in the movies when she grew up. She was supposed to marry a man she was working with and she was already pregnant with his child. My father. It turns out my grandpa John isn't really my father’s father or my grandpa. I have a grandfather somewhere that I never knew about until now. I don’t even know his name. Or my real name.

I don’t understand why my father never told me about it. He’s supposed to call this weekend and I don’t know if I want to even talk to him. I’m so angry right now.

I guess I’m angry at my aunt too, for telling me, which I know seems really silly.

My family went from this (I know my lines are crooked, I couldn’t get them straighter):

If your aunt just talked about it like that, she didn’t see a problem with you knowing and probably told you intentionally. I know it’s a lot to take in all of a sudden, but your grandpa is still your grandpa. He doesn’t suddenly stop being your family because there’s an extra branch on your tree. He’s the one who’s been there your whole life.

And maybe your father didn’t mention it because it wasn’t important to him. As far as he’s concerned your grandpa John is his father.

The manga is a great idea. I’d love to read it when it’s finished. Or just hear the story if you want to tell me.

Writing things down helps me sort things out. Maybe it’ll help you, too (if you haven’t already started putting this in a notebook). It’s a lot to deal with and it may take you a while.

Do you want to talk sooner? It’s not too late here and I can wait by the phone if you want to call now so I can pick up on the first ring. Tomorrow (Tuesday here) at 8 pm (my time) works too. I’ll be around. Otherwise I can do Wednesday.

p.s. and btw nobody cares about the lines

p.p.p.s. it’s pretty cool that your grandma was in the movies

Thanks Helga. I guess it is pretty cool.

The Harada family was interned in three different camps in different parts of the country, and when they were released in late 1944/early 1945 they had no property anymore, they had nothing. They settled in Hillwood and lived in the low-rent district (although grandma's oldest brother left right after that to go to college. He attended the camp high school and did very well, and got a scholarship). There was already a small Japanese community in a four-block section and they all worked together to build up their little pocket of the neighborhood. They refurbished an old closed-down school building and turned it into a community center, and they held all kinds of events there, including dance recitals. And that’s how my grandma got discovered. She was a great dancer, and appeared in all the shows at the center. One day, casting people showed up scouting for Japanese actors and actresses for small roles and to be extras in a movie being filmed on location in Hillwood, and the night they came, there was a performance and they spotted her. I’ve seen old pictures of her when she was young and she was very beautiful.

She wasn’t a star or anything. She had mostly background roles, usually as a dancer. Aunt Midori said she danced in almost every movie she was in. But she had some small speaking roles too and her name was in the credits a few times.

Maybe when I get back to Hillwood I’ll hunt down some of her movies to watch. Though I’ll probably be looking at all the men on screen trying to guess which one is him.

You can definitely read the manga when it’s done. Aunt Midori said she would proofread for me as I go, so hopefully it will be in pretty good shape by the time I get home.

Okay talk to you tomorrow.

Hey Pheebs. How are you doing? Did you talk to your father this weekend?

Thanks Helga. I did talk to my father, but I decided to not bring it up. I’m not sure if my aunt mentioned anything to him, but he didn’t say anything about it either. We just talked about casual stuff like if I’m having a good time, how I like Japan. I’ll talk to him when I get home. I definitely need some more time to process it.

I hope the writing workshop is going well. Thanks again for being available to talk to me last week.

We’re traveling to Kyoto in a couple of days. I’ll be in contact again after we get there.

The writing workshop is great. Viviana the leader really likes my work, and she wants to publish one of my poems in an upcoming HLR issue! I’ll keep you posted.

Enjoy the rest of your trip. We can talk more when you’re back in town.

Today we visited the famous Sagano Bamboo Forest, on the outskirts of the city. It’s really beautiful so I chose a postcard with a snapshot of one of the paths through the forest for you.

There’s so much to do in this city, and I actually like it even more than Tokyo. We don’t have family living in Kyoto anymore though, so we're real tourists here.

I’ll be in touch again by email and I’ll see you very soon! 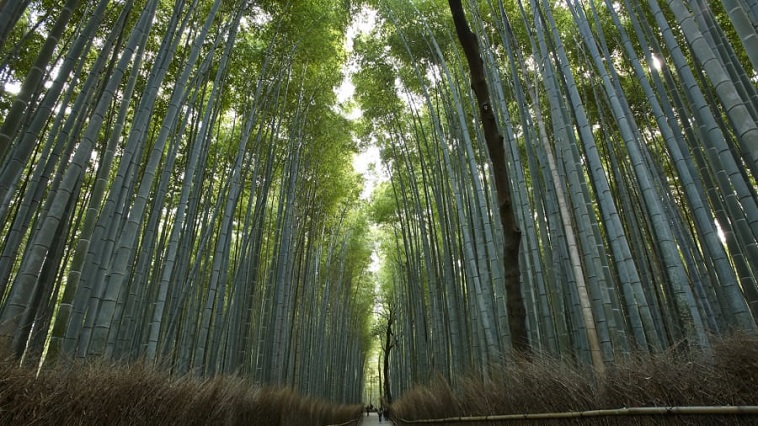