Gwenddydd is determined to find a way around Myrddin's vow so that Guen won't have to be alone.

“Myrddin is so thoughtless,” Gwenddydd said over her shoulder before pinching a trio of nails between her lips and lining up a fourth on the window she was attempting to repair. Honestly. Keeping 70 windows in good order was a full-time job.

Guendoloena made a supportive noise in her throat, no doubt concentrating on the stitching of her current project.

Gwenddydd gave the nail a gentle tap to set it, and pulled back to check the alignment.

“He certainly has his weaknesses,” Guen said, her calm tone belying the troubles those ‘weaknesses’ had caused in her own life.

Gwenddydd grunted in response, nudging the board a little before swinging her hammer to fully seat the nail. She took the nails out of her mouth, and said “That vow of his can be gotten around. We just need to find you a husband with sense. ...not that there are many to choose from here in the wilderness.” Frowning, she put two of the nails back between her lips.

There was a beat of silence while she lifted the next board into place and Guen kept stitching.

“You needn’t trouble yourself over my situation,” Guen said, a ripple of amusement under the surface of her calm. “Besides. Myrddin’s vow never said anything about my wife.”

“That’s clever,” Gwenddydd spoke out of the corner of her mouth that wasn’t occupied holding nails. “Doesn’t solve the problem of too few women.”

She held the board in place and tapped the nail in before firmly seating it with a swing of her hammer. During all of that Guen didn’t say anything.

Gwenddydd looked back, because she thought her comment was at least worth an acknowledgement, only to see a very familiar look of fond exasperation being directed at her. Myrddin was usually the one receiving that particular gaze.

Gwenddydd’s jaw dropped and her nails fell to the floor.

Sadly not a lot of pictures of Gwenddydd around, but Herkomer's is a good one. 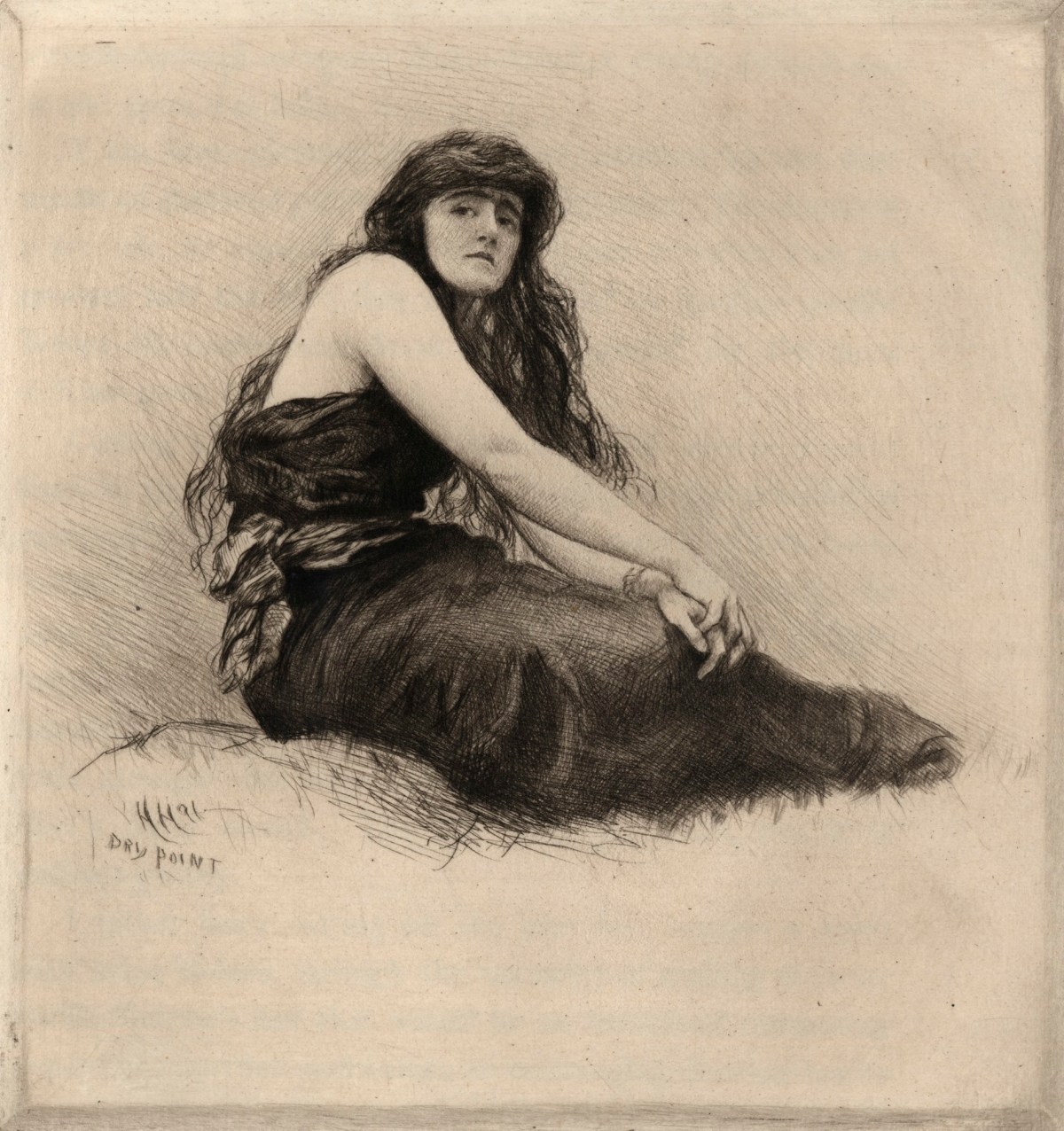 landofnowhere left kudos on this work!