Songs of Bone and Chitin

A series of drabbles of the kaiju in the ATOMverse and their impressions of the everpresent songs of the yamaneon mineral.

Chapter 1: A Song in Silence

In this black void, it was easier to not just to hear, but to feel and comprehend the song from his bones than it had ever been in his millennia of existence.

Perhaps it was the lack of distractions. Or maybe the linking of his mind to that of a species far more musically inclined than his own.

He had been born with the mind of a mere animal in the body of a monster : a cunning but atavistic throwback. Archaic instincts kept him from being the warrior he should have been, and urged him to be a predator of the weak rather than a slayer of the strong like the rest of his kind.

He was not that way anymore. Now in this state of not-quite-death, he was a monster by all sense and meanings of the term.

He did not understand all the parts of the song. But one recurring theme was clear:

And fight he would. Why or who did not matter

There was no reason to hold back anymore. Instincts that had helped his ancestors avoid unnecessary conflict were irrelevant.

He had already died once.

Been re-reading my most favorite independently published book ever.
I highly encourage people to check out the book. 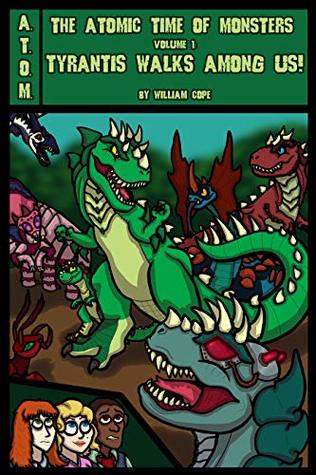 Admittedly for The Terror-turned-Mechatyrantis, his atavism was only part of his issues, but the narrator here is overly sympathetic to him, fitting for an egomaniac.