The feast of San Pantaleo

A diary of Armie's thoughts as he took these images and what happened after. 100% fiction, of course.

A gift for those amazing souls who make fandom experience worthwhile. Eyeslikerain, you are such a beautiful soul! Ifnotnowwhen, I would never have been able to write this without you! Simpi, thanks for being the living memory of this fandom. Coeur_de_coeurs, this is for your top notch investigative skills. You are the best!

Three happy, carefree days to immerse ourselves in Crema’s beauty. There is magic seeping through the old walls and flowing onto the narrow streets, still and empty at this time of night. Only the two of us disturb the peace of Via XX Settembre. The neat rows of streetlights disappear into the distance and I stop to adjust my bike chain.

He laughs as I reach for my phone while holding the bike between my legs. I can’t see his face, but I know exactly how stretched his mouth is when he smiles and how the words roll out when he speaks with an Italian accent. I know how irresistibly plush his lips are when he forms the “o” and you can catch a glimpse of his restless tongue, the one that clearly wasn’t made to be contained in such a tight space.

I take one shot. Don’t care if it’s good. What matters is that he is there, and I hate how important his presence is. Hate the way his curls frizz in the rain only to become even more beautiful when moisture sticks to them. Hate how he is the only living creature setting the night world of Crema and that beating lump in my chest on fire, and he doesn’t even know it. 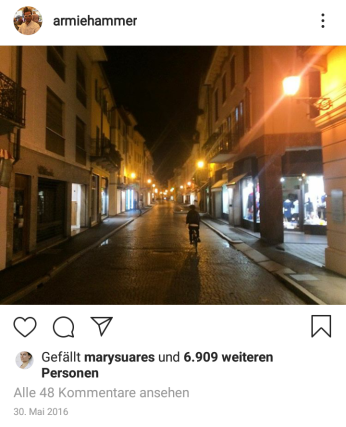 31st May, the last day of our break from filming.

Santa Maria Della Croce is magnificent. I like how the light finds its way in from the big windows above us and illuminates the altar. He doesn’t want to take centre stage, so he stands on the left, soaking all the details in but afraid to intrude on the beauty. I want to take his quiet, unassuming attendance with me and carry him everywhere. In the stillness of the building, he is the little ticking tool that puts order in my small-scale Universe.

A few seconds after I take this photo, he will turn to me and I will read something sudden and overwhelming in his eyes. He won’t tell me what it is, but he’ll come and bury his nose under my shoulder to hide a tear or two.

“Beauty incapacitates me”. He will shrug, as if an excuse is needed, and as I hold him in my arms under the ornate ceilings of the deserted basilica, something light and beautiful will blossom inside of me. I will be too afraid to give it a name and some shape, but I will nurture it for him. And it will flourish in unexpected places, such as the halt in my steps every time when I feel him approaching and the blush crawling up my neck whenever I hear him praising me… 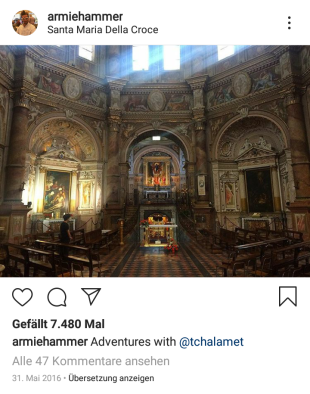 Need came to us this day. It caught us unfit to fight it as it crept over his fingers while they were digging angry trenches on my thigh. Then it slipped under my shirt, unadorned and visceral, to mess up my chest hair and raise my nipple under his touch. He fell on me, sharp chin and messy, damp kisses stirring my insides. I was so grateful for the darkness, for the shelter, for the quiet whisper of the trees, for his weight on me and for the way he lifted his head to expose his neck and invite my lips..

Crema was bustling that night. The little cosy restaurants on Piazza Del Duomo were full. We walked beside each other, breathing in those happy, animated faces around us and the smell of baking bread, roast garlic, hot oil and hot cheese. The smell of Italy. The smell of happiness.

His hand fit so naturally into mine and his laugh was quick and easy. Marsala was flowing in our veins, making the way for some bad singing and laughter outbursts. He stood by Teatro San Domenico when he suddenly stopped and squeezed my hand.

Did he tiptoe? Or did I lean in? All that I remember is how softly I cupped his face that night and how beautiful and pliant he was. His mouth was plump and delicious and his small unchoreographed moans welcomed my exploring hands. And as his lithe body melted into mine while I was holding him tight, I finally arrived at that very dear place from the book that brought us together.

It was 10th June, 2016, the feast of San Pantaleo. The day when we left Oliver and Elio behind by the arched door of San Domenico. 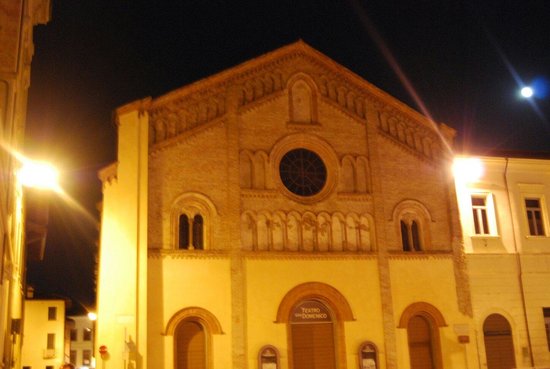 When CMBYN was filmed, the set was closed for the days between 27 and 31st May. There aren't any behind the scene photos from these days in the Japanese limited edition brochure.
These photos were taken by Armie on those exact days, 30th and 31st May.
"We wasted so many days" was filmed on the day of San Pantaleo, 10th June, according to same brochure.

Images 1 and 2 - A. Hammer's IG.
Night image of the theatre San Domenico from ste_refere on Trip advisor.